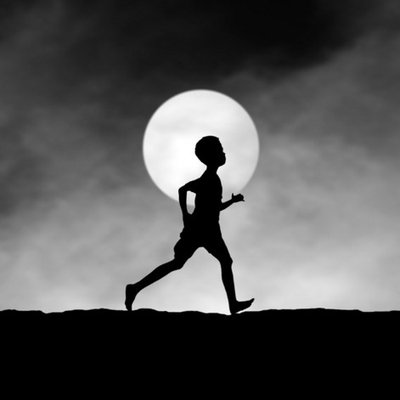 If there were an institute of curiosity and originality, Oscar would be the director. Since the first time I heard him giving a talk, when he applied to the CNIO, he has never ceased to amaze me with his scientific proposals and vision of the complex world of biomedicine. I am extremely lucky to have him close not only as a scientist, but also as a friend with whom to share great moments. A superb person with family, friends, and fellow scientists, Oscar is a huge influence on everyone around him. A luxury to be able to have here the striker who played football with his hands in his pockets.

I have been thinking for a long time how to write something to keep up with my affection for Iñaki. Life is a sieve, through which you filter experiences and people. Most leave without pain or glory, and you never remember them again. But, fortunately, every now and then, there is a person who gets stuck, for whatever reason, and stays forever among those you consider yours. In the case of Iñaki, the reason is obvious, he is a very good person. I can imagine that anyone who comes to this blog was already clear about this, but in case you had doubts, I will take them away.

The second question I had is what to write about. I do not consider myself a reference for practically anything, and, of course, my vision of science, I think, is quite orthogonal with the majority perception of our profession. So, I’m just going to share a few lines about my assessment on current science.

My «short summary» is that the current implementation of what it is to make a living as a scientist is very far away from what was my initial expectancy. I didn’t sign up for this. I think that when in 100 or 200 years they look back and judge us as a collective, they will be very critical of the millennial version of the scientific career. And now, I will try to explain what are the fundamental deficiencies that I see in science in recent decades:

# 1 “Publicology”: The main problem is that the fundamental objective of science has been perverted. Science is structured curiosity, and it should be geared towards trying to answer interesting questions. Nowadays, this is not true and modern science has been engulfed by what I call «publicology». Many scientists spend their working hours, almost entirely, thinking about «what experiments would I have to do to have a paper», rather than «what interesting question should I try to answer with my work». This is obviously feedback by an evaluation system that is based almost strictly on evaluating researchers based on their publications. There are reasons to do so, and the main one is that there are many of us!!! and this hinders to screen talent. However, it is possible. An example is my own way of recruiting scientists for my group. Having publications is fantastic (for them), but I usually pay more attention to other nuances such as their hobbies, how structured the emails we exchange are or if I find any evidence of creativity when talking to them. Being intelligent is a plus in science, but I consider that there are more critical factors such as creativity, the ability for abstraction and – above all – courage. This business is for those who dare.

# 2 Specialization: Associated with the problem of “publicology” is that of «specialization». Another mantra with which I do not commune. It turns out that for your papers to be accepted, it is always easier if you specialize in a field (even in a single protein for your whole life!) because the reviewers are «colleagues from the field», which should help you to get your papers published. In addition, there is a monastic view of what it is to be a scientist that practically considers you an impure scientist if you decide to change your work topic. Note: The scientists who consider themselves apostles of morality, which on the other hand abound these days, are the ones for whom I generate more antibodies. However, there are SO MANY reasons to change your research topic that it should be almost mandatory! It keeps you awake, it forces you to read about things that you don’t understand but you find fascinating, you start in a field with virgin ideas which allows you to address the problems from a new angle that it might have not been explored … It is clear to me that this way of being has generated animosities towards me and it has not helped me to get grants or papers, but I am absolutely convinced that it has made me enjoy a full scientific life.

# 3 Competitiveness: Many times, it is said that to succeed you have to be competitive, and not only in science. That implies feeling that you win over others, who therefore lose. This way of looking at science explains that in our sector egos and narcissus abound, which believe that publishing many papers puts them at Newton’s level. Nothing could be further than the truth. Anyone with a little panoramic view quickly realizes that very little of what we do will have a major impact. I once read a text by a female researcher who worked with Madame Curie that said: «Our best discoveries might at best become footnotes.» This had an impact on me. Because of its harshness and because it is particularly true. This phrase should be a must-read for anyone starting out in this business. Being aware of it is an immediate humbling cure and a life lesson. You have to be ambitious, yes, and aim for the highest, but the goal is not to beat anyone. The goal is to ask yourself the questions that are worth answering. Then if we are also lucky and guess something, icing on the cake. I think I was born without the gene of competitiveness. As I learned from another good, non-scientific friend: «at lunchtime, the table, the bigger the better.»

# 4 «This is the way»: Paraphrasing the Mandalorian, I believe that current science fails in transmitting to its students a linear vision of our lives, which is associated with an arrow pointing upwards. We tell them that they need to be the best students of their class, because that will be the only way they can go to the best laboratory in the world, and then later be the best postdoc on the planet, and later the best scientist of their generation, and so on. I see first year PhD students wondering where they should do their postdoc, thinking about how this is going to help them return to Spain in 10 years. Good heavens … This linear vision of life is a mistake, and it turns us into future psychologist patients, because sooner or later you will not live up to your own expectations. A wise man once said, «Predicting is very difficult, especially the future.» So, I’ve always thought that guessing about one’s future beyond a couple of years is silly.

We have to transmit to students how great this job is and the opportunities it offers. They will be surrounded by people with ideas and willing to help them, they will have devices that will allow them to do the work that used to take years in just a few hours, and they will live in a time in which we have a wide knowledge of genes that are altered in human diseases. They should take advantage of it and enjoy! I feel like a pig in a pond! Life does not give second chances. Less rush and more reflection.

And this brings me to my final reflection, which gives this little text its title. There are two or three colloquial expressions associated with science that are rather creaky to me. The first one is when we talk about «brain drain», when talking about scientists who emigrate abroad. This, to me, is arrogant and wrong. Life has taught me that I have the same chances of finding a genius in a laboratory than in the most unexpected corner: a bakery, a ski instructor, a journalist. We have a very narrow view of intelligence, which we associate mainly with a person’s memory and ability to calculate. But this is not true. Intelligence is multivectorial, and is composed of many independent vectors: memory, spatial capacity, the capacity for abstraction, communication … And yes, these vectors are independent. There are people with an incredible calculation ability and with the creativity of an apple. So, a little more humility as a collective would not hurt. We scientists are important to society, yes, but neither more nor less than the rest of the people who get up every day to work to get their things and theirs forward.

The second catchphrase, and with this I finish, is the «scientific career». Many times, I have been asked the reason why my avatar on Twitter is a child walking at night with the moon behind. Well, the reason is because that’s how I see myself. I think it has become quite clear that my vision of what it is to be a scientist is far from understanding this profession as a career (or race). I understand science, and my life in general, as a walk. You have to go slowly, looking around, and enjoying all the possibilities that have been offered to us by the mere fact of being alive. Life, and science, are a gift. Enjoy the ride.